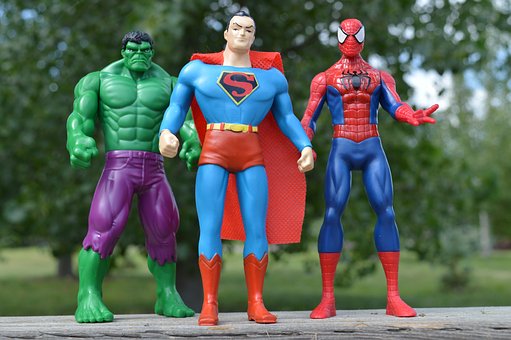 Movie theaters are reopening all over the world. So, titles that have been on the back burner for months, are ready to take over cinemas. Here are four movies to look forward to.

More releases from the Marvel universe, the the ninth Fast and Furious film, and unforgettable characters. Fans of cinema and art are expecting a summer 2021 of heroes, villains, and popcorns.

This next chapter in the Fast and Furious franchise was supposed to release in May 2020. But producers decided to push back the release date. The new day to mark on the calendar? June 25th. That’s when the ninth movie of the saga will debut worldwide. It features a charismatic and speedy cast. Of course, there is Vin Diesel, because otherwise it wouldn’t be any fast or any furious.

The actor is joined on screen by John Cena and Charlize Theron, for a bit of muscle and a bit of beauty. This chapter takes place four years after the eight episode of the Fast Saga. Dom Tintoretto and his crew are trying to reveal the plans of the cyber terrorist Cipher. The turning point? The reappearance of the character of Han, who everyone believed dead.

Finally, Scarlett Johansson gets her own Marvel universe movie. Here, she is the main character. Johansson is a super-assassin of Russian origins and it’s time to explore and discover the Black Widow, aka Natasha Romanoff. Like FP9, this movie was set to release in May 2020, but it had to be pushed back. Hence, other Marvel universe movies were pushed back. This, including titles like Thor, Doctor Strange, and Captain Marvel.

The first time that the Black Widow appeared on the big screen was in 2016, in the Captain America: Civil War movie. After everything that happens, Natasha Romanoff is alone and she has to deal both with a dangerous conspiracy and her troubled past. Before she became an Avenger, the Russian didn’t have it easy.

Indeed, move aside and make space for LeBron James, the new basketball player on the Looney Tunes field. LeBron and his movie son Dom remain trapped in the virtual space called Serververse. The ruler is the artificial intelligence Al-G Rhythm, which also keeps trapped the Looney Tunes. Only a basketball match will solve the situation and get everyone back home.

This is the sequel to the 2016 movie. This is not the Marvel universe of Avengers and saviors. Just the opposite. In fact, the members of the Suicide Squad are villains. Fans of the first movie will see again some of their favorite characters and actors.

For example, Margot Robbie as Dr. Harleen Quinzel, aka Harley Quinn. While there won’t be Jared Leto playing the Joker, British superstar Idris Elba will play Bloodsport. But Viola Davis will be back, always playing the director of A.R.G.U.S. who runs the Task Force X program. In the 2021 movie, the supervillains have to destroy Jotunheim, a Nazi-era prison and laboratory which held political prisoners and conducted experiments.

And you, which of these four movies are you most excited about?